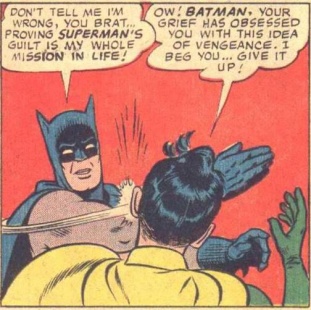 Last night they kicked me, punched me, pulled my hair, grabbed me by the ears and legs, then kicked me in the crotch. Then I got to return the favors. That was enjoyable.

If you’ve read the last two installments of this series in Stage Combat Part 1 and Stage Combat Part 2 you know that I’ve been enrolled in a  Stage Combat class and I’m learning how to pound, punish, and pummel without hurting anyone or getting hurt. It’s an awful lot of fun.

But at first I ran into an unexpected difficulty. It was harder than I thought because of the emotional consequences the first week. Let me explain. The first week, I was paired up with a a young woman who was very serious. As the teacher explained to us how to simulate violence without any actual contact, I thought this would be a fun set of exercises. What I did not count on was what actually happened. We took turns being the aggressor and the victim. My partner was the aggressor to begin with. And as she raised her hand to me, a hand that would never actually hit my cheek, I saw in her eyes pure hatred. I was not prepared for this. The hatred flowing through her eyes was palpable and scary.  And then when we reversed roles, as I raised my hand to strike her, the look on her face of horror and betrayal was enough to jar me.

She is a gifted actor. Her emotions flow without blocking. It was not just a physical exercise for her, but an acting exercise. I was not prepared for that.

I thought to myself, oh these people play for keeps. In the context of a play, I readily accept that as actors we use our real emotions and that that is part of the job. I was taken aback, however, at the real emotion in this exercise. It felt much more raw than dealing with emotion within a play, because in a play you are sending and receiving emotion within the context of a character. But in this exercise I felt naked, emotionally naked anyway, and it was hard not to be affected by the strength of such emotion. We were involved in something we both knew was forbidden.

As the class was wrapping up and we were putting on our coats and so forth, I tried to make some small talk, just to try and defuse some of the charge in the air. But I felt the small talk was not reciprocated. We left and went our separate ways.

I was disturbed, but my pride said, okay, I’m here to act, I’ll play by actors’ rules, I’m not going to wimp out.