Feeling tapped out these days? Not Gregory Hines, Bunny Briggs, Jimmy Slyde, Buster Brown, or Sandman Sims, five of the masters of American tap dance. This one is lots of fun.

Thanks to YouTuber Mercedes Barker

I’ve always been fascinated by rehearsals, both as a spectator and performer. Sometimes, as an actor, I enjoy rehearsals more than performances. The most amazing things can happen in rehearsal that somehow are never re-captured in performance.

A few weeks ago I attended a rehearsal of the Amanda Selwyn Dance Theatre. Here’s my report as broadcast today on the Arts Express radio program on WBAI 99.5 FM NYC and Pacifica affiliates across the country.

An extraordinary dance made more amazing by the fact that the dancers are deaf and the musicians visually impaired.

Thanks to YouTuber CCTV English

Gene Kelly, Michael Kidd, and Dan Duryea as three GIs about to be discharged, set out on a binge and do an incredible dance number with trash can lids. From the film, It’s Always Fair Weather, the last Gene Kelly–Stanley Donen collaboration.

Thanks to YouTuber Peggy Afuta

dance, Debbie Reynolds, Donald O'Connor, film, I Love Melvin, performance, Where Did You Learn To Dance

I was so happy to learn that the year after Singin’ in the Rain was made, O’Connor and Reynolds made another movie together (sans Gene) called I Love Melvin. Here’s a great dance number from the film.

This time, Penn & Teller let guest members of the dance troupe Pilobolus take care of the magic with some very physically challenging escapes.

Gene Kelly and Donald O’Connor dance up a storm without leaving their seats. Nice work if you can get it. Stick with it and see what they do when they finally get off their butts…

Thanks to YouTuber Vladmir Zworkin

Monday morning, the extraordinary Cyd Charisse floats like a butterfly, stings like a bee, and schools the boys in boxing lore in this dance clip from It’s Always Fair Weather. Music and lyrics by Betty Comden and Adolph Green.

Thanks to YouTuber Warner Archive Instant

Angela Lansbury in one of her signature roles at the 1975 Tony Awards.

About two-thirds of the way through the clip, Lansbury gets surprised by a guest dancer. Don’t miss it. The look on her face is wonderful. (If you don’t recognize who it is, I’ll post his identity in the comments.)

Do the happy dance! 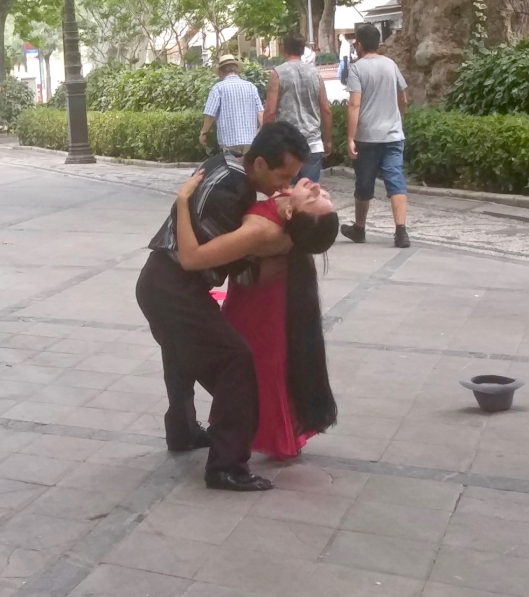 Monday morning, you jump out of bed onto a lamppost  for the opportunity to make a splash.

The wonderful title song from the movie, performed and choreographed by the effortless Gene Kelly, and brilliant direction by Stanley Donen.

Favorite part: the explanation to the cop at the end.

Many thanks to the clever editor of this video, rubyofperu

One of the great comedy acts based on the American minstrelsy tradition, but with a decidedly white face.

Thanks for all those Good Monday Mornin’s, Debbie Reynolds. We gabbed the whole night through.

Our motto here at ShalBlog Industries.

Thanks to YouTuber Anitha D

It’s the Twister, Chubby Checker, pulling you out of bed on Monday morning.  Twistin’ Time is here!

Maurice guested on The Tonight Show with Johnny Carson over 35 times and had a featured role in Francis Ford Coppola’s The Cotton Club.  The star of several shows on Broadway, he just opened Off-Broadway in a new autobiographical song and dancer called Tappin’ Thru Life.

In the show, 72 year old Maurice sings, dances and dishes about the greats he’s worked with, including Ella Fitzgerald, Judy Garland, Frank Sinatra, Nat King Cole and on and on. I had the pleasure of talking with him in his dressing room a few hours before his Wednesday evening performance.

Click on the grey triangle to hear the warm giving voice of Maurice Hines talking about his life and times.

When tap dancing legend Maurice Hines was asked in an interview  for the name of the greatest tap dancer he had ever seen, he replied Sammy Davis, Jr. That answer surprised me, because though my generation knew Sammy Davis as a singer and dancer and Rat Pack member, I didn’t know that he was also a child tap-dancing prodigy. Above is an extraordinary clip from a short called “Rufus Jones for President” (1933) starring the 7-year old Sammy Davis, Jr. Click on the video above for an amazing few minutes of sheer joy.

You can see the whole movie, starring Ethel Waters, on YouTube. In it, mother Ethel Waters dreams about her son becoming the first Black President while singing “Am I Blue?” and “Underneath A Harlem Moon.”

“The mysterious art of bian lian or face-changing originated in Sichuan Opera, and has long been a closely guarded secret of Chinese performers. Hu Dongxiao of the Zhejiang Wu Opera Troupe performed the most complex style of face-changing at the 2014 Smithsonian Folklife Festival, switching between colored masks that represent different emotions in a dramatic story.”

Western magicians will smile at the breakaway fan used in the middle of the performance. As for the how of the instantaneous face-changing? No clue.

Click on the video to play; this one is best at full screen, which you can access by clicking on the lower right hand corner of the video.