Alec Baldwin and Kate McKinnon have been hilarious with their recent Saturday Night Live Trump and Hillary  impressions, but I got to say I also had some laugh out loud  moments watching this SNL skit featuring  McKinnon’s Justin Bieber, and especially Baldwin’s take on Tony Bennett.

Click on the video above to see the SNL sketch.

Monday, you, me, and Willie hitchhiking to the next adventure. 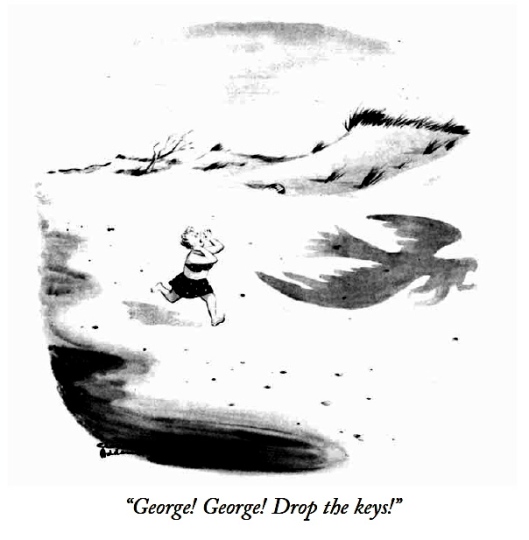 Secret is the name of magician Derren Brown’s new live one-man show, and I’m happier than a pig in manure because for the first time ever, Derren is bringing his new show to the United States. Better yet, it’s opening in my city, New York City, this May, under the auspices of the Atlantic Theater Company. If you order now, you just might be able to get tickets.

In my opinion, he’s not just good, but so much better than any other contemporary mentalist, that it’s almost not fair to compare him with anyone else.

Click on the video above to see a very entertaining piece from his 2008 live show, An Evening of Wonders.

Another great juke box song. The overdone Nelson Riddle arrangement is typical of the period, but Keely Smith’s voice shines through.

With a nice assist from Audrey Meadows. 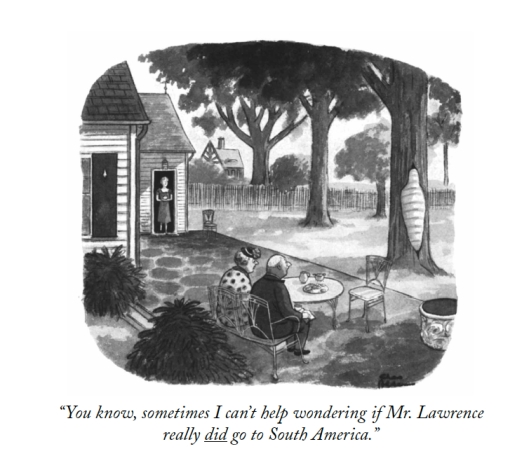 Monday morning and you can’t keep your feet still. Two fingers on Django’s left guitar-picking hand were destroyed in a fire, but he still astounded audiences with his playing. 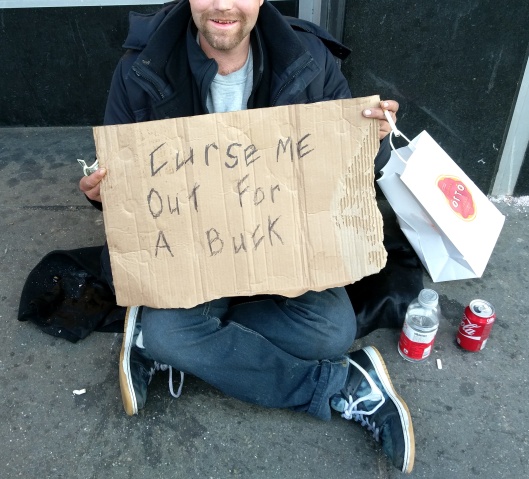 Avenue of the Americas,

Bruce Cockburn, If I Had A Rocket Launcher, music, performance, song, songwriting

Bruce Cockburn performs a song that speaks for itself.

An upbeat take on the Woody Guthrie song, sung by Byrdsman Roger McGuinn on the Marty Stuart Show.

Thanks to YouTuber Justice Through Music Project, Inc.

The Smothers Brothers, performing on the Craig Ferguson show, still damn funny and sharp forty years after their popular television show was politically censored and finally cancelled by CBS.

Thanks to YouTuber spooky047 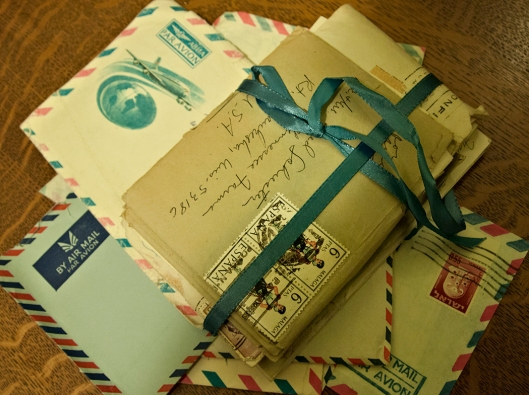 I have not written a real letter for over thirty years. A real letter—not a condolence card, a thank-you note, or an email.

I don’t think I’m alone in that. There are those of generations after mine who have never written a letter or received one. More, not been part of the whole process of letter writing. A letter is not just the object itself and its container— the envelopes, enclosures and clippings, circled pieces of newspapers, glitter, stickers, ink smudges, stationery—“-er-” like “pap-er,”—little 2×3 photos, scrawled identification on the back—but also the whole rhythm and trust of back and forth, the framing of communication in bursts of captured time, even as time passes.

And pass it does. Or did. Now, there is no time, for we can access anyone, anytime, instantly. We see the whole of the universe like a map before us, able to point our finger to any star. But then, time existed, meant something in human terms. Waiting, for example. We knew that even as we were writing that it wouldn’t be received for days, maybe weeks, and who knows when we could get the reply to our comments, our bits of news, our declarations, our entreaties, our losses? What to do, in the meantime, while waiting, was a real issue. How different our lives were. Now our communication is nearly all in almost-real time: over Skype, over text, over email. There is no anticipation anymore, what we see is what we get, albeit screen-mediated: if not now, then never.

The letter reminded us of this essential fact: there are gaps in our perception of the lives of the other. The hard thing in human relationship is to assimilate the fact of mutual change, how both of us are always changing, have changed.The continuity of modern communication lulls us into a false familiarity. But when waiting two weeks for a letter’s reply and two weeks for the reply to the reply, one can rightly wonder whether the person on the other end is still the same and knowable.

I was set thinking about this by a Denise Levertov poem, “Writing to Aaron,” which I read recently with a group of friends. In the poem, the narrator struggles to find a way to respond to a letter that she has taken too long to answer. The narrator understands that with each passing day, the gap between who we were and who we are is growing greater and greater. In those letter-writing days that awareness fostered in us a kind of responsibility, an obligation to answer in a timely manner. If you didn’t, then there was the double problem of not knowing how to explain your tardiness, and the fear that the person to whom you were responding may have changed beyond all recognition. And for the more literary of us there was still another fear: it was too easy for us to fall in love with our own writing, so at times we wrote to and for ourselves, rather than to and for the person whose name we put on the envelope.

Levertov’s narrator suggests several strategies. Her narrator considers just putting the dry facts of change up front, then rejects that plan as inadequate, the external facts don’t account for the internal ones:

“…Which beginning to  begin with? ‘Since I saw you last,

the doctor has prescribed artificial tears, a renewable order…’ But that leaves out

She also considers a chronological narrative, but too much time has passed, and that too would be inadequate, too much to tell in too little space:

“Or chronological narrative? ‘In the spring

and that would be nothing,”

So this too is inadequate. She finally thinks that perhaps she can only bridge the gap by calling upon a shared memory, hoping the recipient can fill in the rest.

for you to imagine,

telling you only, ‘A year ago

I said farewell to that poplar you will remember,

that gave us its open secret…”

After reading this poem, I started to imagine myself writing a letter. This act of imagination sent me to a place, a consciousness, in which I hadn’t been in a long time. I felt myself in an intimacy before I had even written down a word. I rebelled, I wanted to write an email. It requires so much less of one. A letter is an act of intimacy and truth, and I haven’t the emotion anymore for that. To see my own scrawl of a handwriting in ink, on paper? Too naked, too unseemly, at this age. I don’t even write down a shopping list anymore.

But what I can’t get away from is how excited my poetry friends, Connie, Evelyn, Teresa, and I got talking about letters, the thrill of pages double-sided leafed through again and again,  folded and re-folded, stuck in pockets and books to take out on a windy bus-waiting day, or found years later, at the bottom of the untouched stuck drawer, the ink a witness to the truth of that moment, because I’m looking at your handwriting and I’m deciphering the distance and time that separates us but joins us, as if some part of your presence were truly here in this paper in this time, with these words, in this letter.

This is what we talked about Sunday, and I don’t know that I can bear to write one more letter.

(You can view Denise Levertov’s poem by clicking here: https://www.questia.com/read/93938346/life-in-the-forest and doing a bit of navigating.) 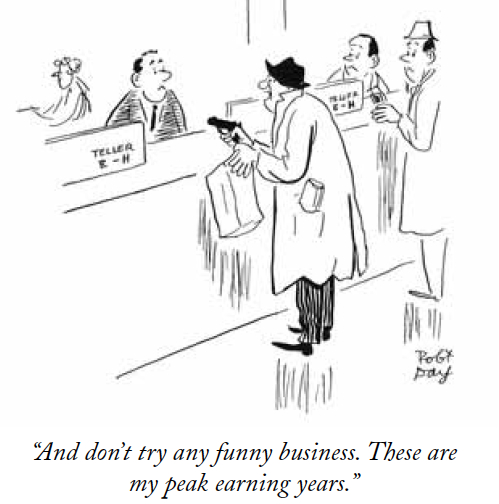 Robert Day in The New Yorker

Monday, Phil looking back at us, singing a song inspired by Steinbeck and Woody Guthrie.

“Some will rob you with a six-gun,
And some with a fountain pen.”—Pretty Boy Floyd, Woody Guthrie

Thanks to YouTuber yall1987

No, not the film (not perfect, but worth seeing for some excellent acting, and a tautly written account of a little known but important event in US history), but magicienne (that’s what she calls herself) Julie Eng.

That’s her dad, Tony, who you see in the video, also in the family magic business, at least that’s his face. But the hands—and the sleight-of that goes with them—belong to daughter Julie.

She’s an excellent close-up and all-around magician herself. In the video she proves it by magishing without looking. The magicians at the convention are well aware of what Julie is doing and just how difficult it is to pull off.

And proud Dad is able to smile and say—Look Ma, no hands!

Here’s a picture of the talented Ms Eng: 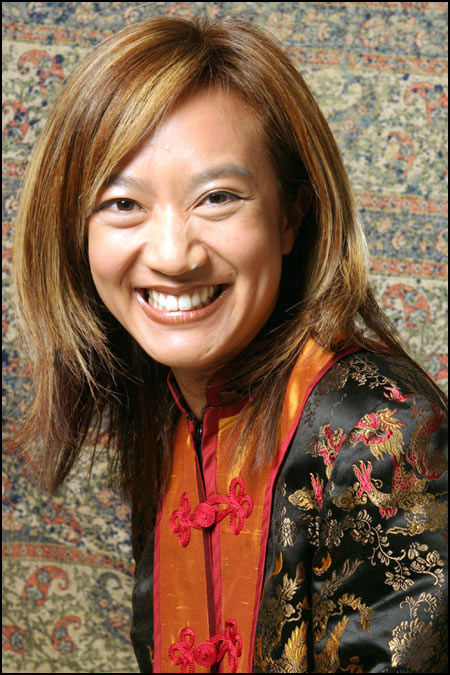 Click on the video to give her a big hand.

Thanks to YouTuber The King of Magic

In 1925 Buster Keaton made the feature film Seven Chances. Filled with great sight gags, the movie’s final chase scene has never been surpassed.

Here’s the set-up: Buster’s grandfather’s will says that if Buster gets married by seven pm that day, Buster will inherit seven million dollars. So in order to fulfill the will, Buster, chased by dozens of money-seeking would-be brides, runs through a myriad of obstacles to reach his one true girlfriend in time.

The inventiveness of the full 13-minute chase is really jaw-dropping. You can see the amazing avalanche sequence, the last four minutes of the chase, by clicking on the video above.

Thanks to YouTuber Alpic Montagnes

Update: evidently the owners of that video have blocked it in some countries, despite fair use exceptions, not to mention the free advertising for Buster Keaton movies. Sorry about that.

One of my favorite ballads from Saturday Night Fever.

Despite the video here, the movie track was not sung by the Bee Gees, but by Australian singer Samantha Sang, with backing vocals by Barry Gibb. Sang had a modest career, but this was her biggest hit. 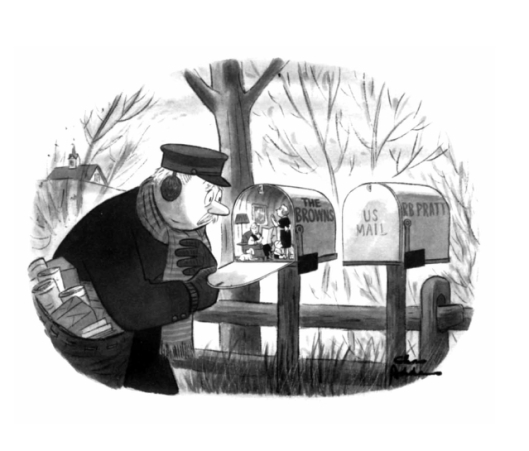 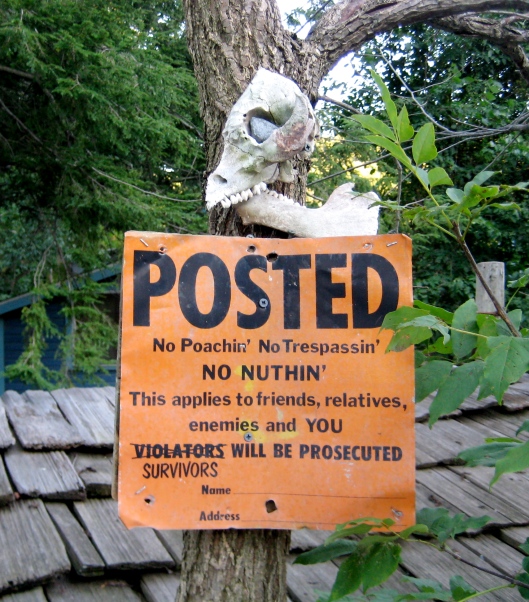 Nat King Cole was such a great singer that sometimes people forget that he started out as a first-class jazz pianist, as you can see on his piano solo here.

Thanks to YouTuber Johnny Brown 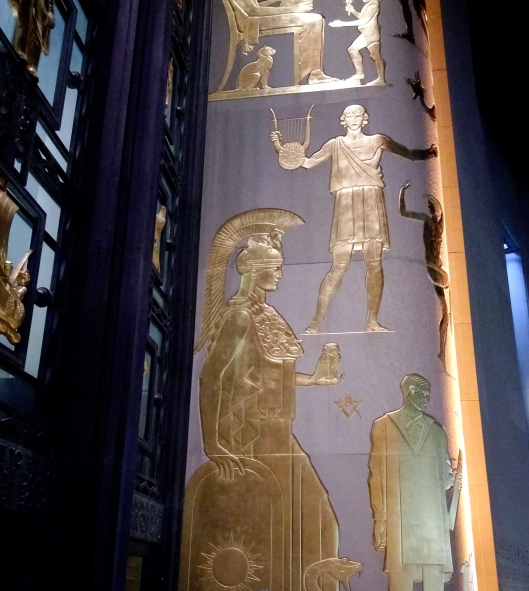 Johnny Carson had a lot of great long-running character bits on The Tonight Show, but my favorite was “Carnac the Magnificent.” The premise, of course, was that the great mystic seer from the East would divine the contents of a hermetically sealed envelope.

I wouldn’t be surprised if Carson, a fan of magic and a magician himself (see here for my interview with Lance Burton where Burton talks about Carson),  took the character from these guys.

Some of Carson’s jokes are very topical and don’t land anymore (two Leon Spinks jokes?), but the audience knew the format and eagerly responded. In my opinion, Ed McMahon earned his keep here as a terrific straight man in this routine. Now you, too, can partake of the wisdom of the great mystic seer by clicking on the video above.

Thanks to YouTuber Richie Cunningham